Transgender People and Their Bathroom Habits

Scenario 1: Your 9-year-old daughter enters a public women's bathroom in the mall somewhere in the southern United States.  As she walks in, she sees a person at the sink who, from all outward appearances, is a woman.  The woman has long hair, is wearing make-up, has on a pretty dress and shoes, has visible breasts, and has a purse on her shoulder.  She's a little tall, and maybe she's not all that pretty (depending, of course, on your personal tastes), but she's a woman.  In fact, if you could peek up her skirt, you'd find that most female of all structures, a vagina.  The only difference between this woman and all other women is that she was born male.

Scenario 2:  Your 9-year-old daughter enters a public women's bathroom in the mall somewhere in the southern United States.  As she walks in, she sees a person at the sink who, from all outward appearances, is a man.  The man has short hair in a buzz cut, has on cargo jeans and work boots and a flannel shirt rolled up at the sleeves, has facial hair and dark hair on his arms, and his chest is flat and broad.  He's a little short, maybe a little dumpier than most men, but he's a man.  In fact, if you could peek into the stall while he was relieving himself, you'd find that most male of all structures, a penis.  The only difference between this man and all other men is that he was born female.

Now, given that you MUST choose between one scenario and the other, which scenario would you rather have for your 9-year-old daughter in a public restroom?

In some places in the south these days, scenario number 2 is the choice the local governments have given you.  North Carolina and Mississippi have both passed laws requiring transgender people to use the bathroom of their gender at birth in public buildings - that's scenario number 2 above.  The dude with the beard.

Let me ask you: does this make ANY sense whatsoever?  No matter what your opinion of transgender people, they exist and they are going to continue existing and they have all the same rights and privileges as you do, including the right to use public restrooms.  Does it make any sense at all to require anatomically-correct men to use a women's restroom?  Or someone with a vagina to use a men's room?

I know I'd much rather my two daughters not share a bathroom with anyone with a penis or a beard, no matter what genitals they had at birth.

Seriously, has their ever, in our lifetimes at least, been a series of laws enacted in this country with less forethought?  I mean, did they give this any thought at all, in terms of the logical consequences, or did they just act on pure fear and misguided instinct?

I welcome your thoughts.

My computer hasn't actually been in "the Cave" since before Christmas.  I've had it parked in the dining room because it's just too damn cold in the basement during the winter.  If April hadn't dawned with continued cold temperatures, I'd have probably moved back to the Cave by now.

The latest news is that I'm going to see Guns n' Roses in Cincinnati in July.  I grew up on GnR but never would have dreamed of seeing them in high school, for fear of getting a contact high and getting my ass kicked.  I knew a few people who DID go to see them in Dayton in early 1992 when I was in my junior year at Lakota, and my one memory of it is a guy showing up at school that following morning with eyes bloodshot as hell, telling us how they hadn't gone on stage until after midnight and it had been past 4 am when he got home.

25 years later, I'm finally going to see them.  After breaking up in the mid-1990s, and the members swearing for years a reunion would never happen - at least not between Axl Rose and Slash - they finally announced a reunion tour early this year.  They're playing all football stadiums, so it will undoubtedly be an enormous production.  I got tickets in the nosebleed section of Paul Brown Stadium, although they were still $82 bucks apiece.  Tickets in the floor section were $250 apiece.  What a crock.  But it's okay.  I figure the upper decks will be a little less crazy and the sound will in all likelihood be better.  By pure providence, they are playing in Cincinnati during a week I had already taken off from work.  God clearly wants me to see them.

After several weeks of delays, the house my parents are building in Hebron has finally been completed.  Syd and I did the walk-through with them on Monday.  They hope to close sometime next week. 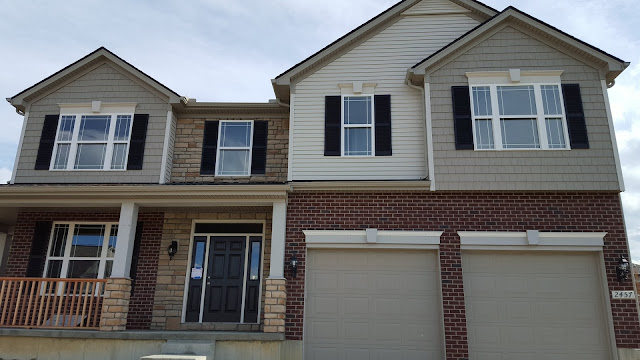 We'd originally expected it to be done in mid-March, so the last few weeks have been frustrating as they kept pushing back the closing date.  Considering the mild winter we had, they really didn't have an excuse, but home builders know they have you by the balls when you put money down on a property, so what do they really care?  In any case, they're hoping to be moving in by next weekend.  I still can't quite get my mind wrapped around my parents living walking distance away from me.  They've been 1000 miles away for literally my entire adulthood - since the year I turned 18.

Back in February I went down to western Kentucky to spend a few days with my aunt and uncle while my parents were staying with them there.  We did some graveyard hopping and I was able to see the gravestones of all four of my grandparents as well as some of my great grandparents.  We didn't have time to go to all of the cemeteries, and one of my great grandparents - who died in a car accident in 1938 - doesn't even have a gravestone in the place where he's buried - but it was still neat to see the ones we had time to get to.  We even walked through an old family cemetery (the Lile family, which is my maternal grandmother's family) that is on private property and has burials going back to the mid-1800s. 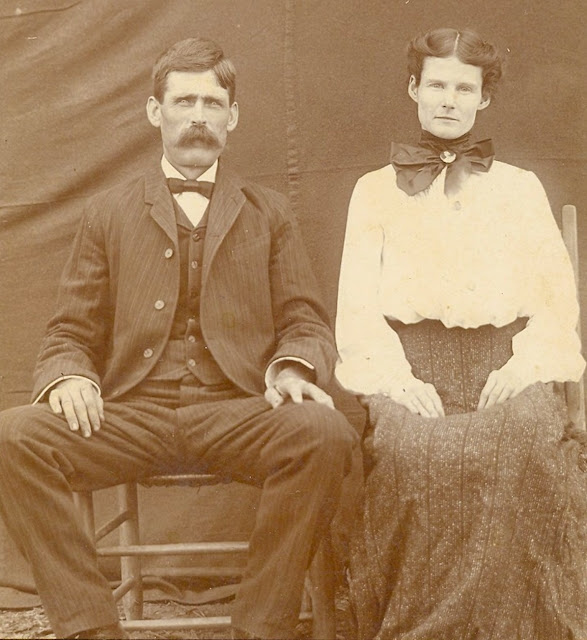 I know all of you were just dying (no pun intended) to read all about my family history.

Anyway, I had some really great posts to make about politics last month, but I accidentally deleted the text message I had sent myself with my ideas about what to say.  So those thoughts have now moved off into the ether.  However, since energy cannot be created or destroyed, they're still out there somewhere.  If you breathe deeply enough, maybe you'll catch them.

I promise I'm not high.

Spring Break is next week for my kids and wife, and they are going to the lake.  Unfortunately, next week is my "bad week" at work, and I have to work all week.  So I'll have to miss out on the lake.  However, we are going to Florida with Mel's family this summer, so we're all looking forward to that.  I also have a week off in May and that other week off in July during the GnR concert, so I'm not complaining.

I'm working on my next novel, which will be published in two parts.  It's called The Fourth Sign of the Falcon.  I'm almost done with the first major edit of part 1, so I hope to have it published in the next few months.  I'll keep you updated :)
A Musing By Scott at 10:37 PM 5 comments: Links to this post