So I've gotten the opportunity to write a series for a podcast company called Wondery.

I'll be honest: before this opportunity came up, I'd never listened to a podcast before. I actually recorded a podcast once, but I never heard the finished product. (That was when I was working for a friend's English language learning company as the resident writing expert and we did a podcast for the website on English writing tips.)

Anyhoo, I am finishing up a series of scripts for a Wondery podcast called American History Tellers. 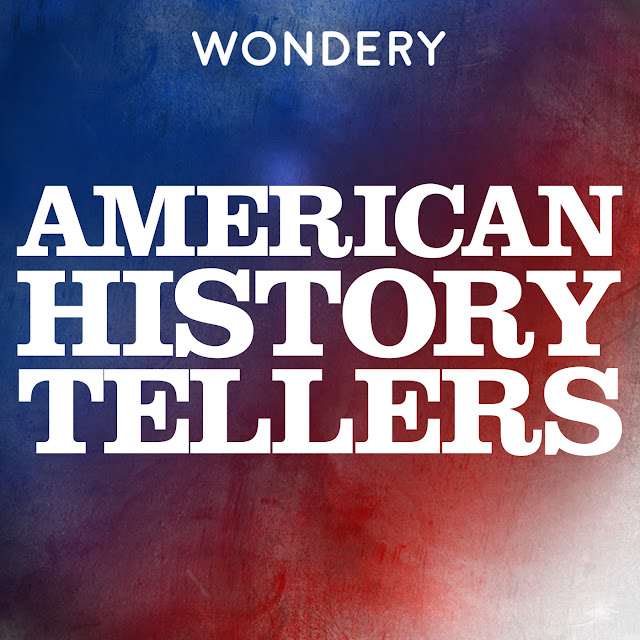 This podcast tells stories of American history in a sort of documentary format, including lots of sound effects and re-enactments of historical events. I keep telling people it's sort of like a history documentary you'd see on TV, except it's for audio. It's also similar to an audio book - although unlike printed books, it's actually written for listening.

The series I'm writing is on the history of party politics in the United States. It starts in the 1790s and goes up through the present day. It's a 6-part series. Each episode is about 40-45 minutes.

Please understand, I'm writing the script for the series, I'm not narrating it. It's narrated by a podcaster named Lindsay Graham (no, not the douchey senator from South Carolina). It's not in the format of a lot of podcasts where you hear a couple of people talking back and forth or doing an interview. It's a narrative podcast - you're basically listening to a story. It's immersive in style, attempting to put you as the listener right down into the action as it takes place.

For anyone who doesn't know how podcasts work, it's free. You just listen. There are commercials, like on TV. There are a number of ways to listen. You can go to the Wondery website and stream the shows from your computer. You can listen through smart devices like the Amazon echo (I read somewhere that you can just ask Alexa to play American History Tellers and she'll take care of it for you). You can subscribe to it on whatever app you use to listen to podcasts...Apple Podcasts, Stitcher, Spotify, NPR-One, etc.

The first episode drops on Wednesday, November 21, 2018. That's the day before Thanksgiving. The remainder drop each Wednesday thereafter. Of course, you can listen anytime, even if it's a year from now.

I would be really, really happy if you listened. I'd be even happier if you'd leave a review saying how much you loved it.

A Musing By Scott at 12:00 PM No comments: Links to this post

The 10 Best Songs of Willie Nelson 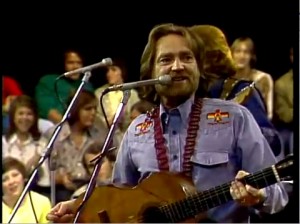 So, in years past, I've done various "10 Best" posts about music. Today, I decided it was time to do another one. It took me approximately 2.73 seconds to determine whose catalog to feature.

While intently studying this list for future reference, please keep in mind that I have given exactly zero consideration to whether a song is famous or well-known. These songs are the Willie Nelson songs that I think are his best, regardless of whether you ever heard Paw-Paw play them.  Also, I have limited this list to Willie's solo efforts - which means I'm ignoring several hundred duets he's done.

The title pretty much says it all. Willie recorded this song in 1970 for his Both Sides Now album. If you like Willie, and you like to drink, I highly recommend this song while drinking. Or when sober.

This classic is from 1973's Shotgun Willie album. After 15 years in Nashville and 15 prior albums, it was his first really successful effort. It was the album that really set him on the path to super-stardom. When you listen to his albums chronologically, you can definitely hear a change on this one. As the title implies, this is a sad song in 3/4 time about a broken-hearted singer who tells his ex not to worry about becoming famous in a country music song, because no one's currently buying sad songs or waltzes anyway.

From what I've read, this was literally Willie's first song. He was working as a DJ in Texas in the mid-50s when he recorded it on a reel-to-reel tape at the radio station. He later added a few more verses and included it on a boxed set in the early 2000s. The song is about a country singer contemplating the end of his life and career. Very ironic to listen to now, knowing it's his earliest recording and he's now 65 years older and there can't possibly be many more songs left.

(Couldn't find a YouTube version of the 2000's version of this song...only the original version from the 50s, which is really, really low quality...if you've got a streaming service, look it up there.)

This is the title track to Willie's signature album. The Red Headed Stranger album made Willie one of the biggest names in country music in 1975 upon its release. It's biggest single was Blue Eyes Cryin' in the Rain. It's actually a concept album, telling the story of a cowboy who kills his wife and her lover and then flees and attempts to put his life back together. The title song was written in the 50s by a duo of professional songwriters. Willie built his album around it 20 years later. The song tells the story of a cowboy whose wife has died (on Willie's album, it's explained in other songs that he actually killed her for cheating on him). While still in mourning, he goes ahead and shoots a prostitute who dares to lay a hand on his dead wife's horse. It's pretty violent and non-PC to be honest. But this is 'merican country music, so that makes it okay.

6. Help Me Make it Through the Night

This song was written by Kris Kristofferson and Willie recorded it twice. The most famous version of the song is by a female country singer named Sammi Smith. Willie first recorded it in 1972 on his The Willie Way album. He then recorded it again in 1979 for his Willie Nelson Sings Kristofferson album. It's that second version that I'm referencing here. Just a perfectly written and perfectly sung country music song.

5. My Heroes Have Always Been Cowboys

It's really hard to put this song at #5, because I freaking LOVE this song. But that just goes to show you how good Willie is. This is another song that was written by someone else, but Willie made it famous. This is probably the earliest Willie song that I can actually remember. I recall my mother playing this song when I was a kid. It made me want to be a cowboy.

4. It's Not Supposed to be That Way

This song comes from 1974's Phases and Stages album. It was the album that came after Shotgun Willie and before Red Headed Stranger. Like Red Headed Stranger, it's a concept album, telling the story of a break-up. The front side of the record tells the woman's story, and the back side tells the man's story. It's Not Supposed to be That Way is part of the man's story and it's just a really freaking good country music song. Love it. It's Willie at his best.

Basically, the top five could probably be in any order, depending on the day. Healing Hands of Time is an absolutely incredible Willie Nelson song. It was released on his third album in 1965, Country Willie: His Own Songs. With a great little acoustic riff that backs up the song, this is one I can just listen to over and over again.

How did Country Willie: His Own Songs not make Willie Nelson famous? Both this song and the last one are from that album. Neither was released as a single at the time. And yet they just have some kind of magic about them that I can't really put into words. When either of these songs comes on, everybody has to shut up to let me listen and sing.

1. Angel Flying Too Close to the Ground

This is Willie's signature song in The World of B. Scott Christmas. It's a song that he wrote and recorded for the movie Honeysuckle Rose in 1981. He also starred in the movie. It's a live recording, taken straight from the film. He also recorded a version in the studio, but that version was only included on compilation albums and it's not the one I'm referring to here. The Honeysuckle Rose version is the one you need to listen to. This song never fails to give me chills and it's absolutely one of my favorite songs of all time.

Of course no normal person could come up with just ten songs on a Willie Nelson best songs list, so here's a bonus song that could probably go just about anywhere in the list above.

This is another song written by Kris Kristofferson and included on the Willie Nelson Sings Kristofferson album. I guess Kristofferson probably recorded it at some point too, but I've never heard his version. Willie's version is excellent. It's a song that reminds me a bit of myself. It's a self-reflective song of a person who (presumably) has just turned 33 and is looking at his life and who he is.

He's a poet, he's a picker
He's a prophet, he's a pusherHe's a pilgrim and a preacher, and a problem when he's stonedHe's a walking contradiction, partly truth and partly fiction,Taking every wrong direction on his lonely way back home.

A Musing By Scott at 10:40 PM No comments: Links to this post