Notes from the Cave: Thanksgiving Edition

I'm in the middle of a 4-day weekend for Thanksgiving, which I think is probably the first time I've had that since 2009.  I like it.  I highly recommend it.

Not to beat a dead horse, but I KNOW a bunch of you are buying stuff from Amazon this year, and when you do, please remember to access the Amazon website through the ads on this here blog.  You don't have to buy what's being advertised.  Just click the ad, it takes you to an Amazon page, then you can surf, search, and buy whatever you want.  And I get a commission as long as you don't click away from Amazon before you purchase something.  I'm an X-ray tech and my wife is a teacher.  So help a brother out.

We had a typical family Thanksgiving at my wife's aunt's house in Cincinnati.  To understand what this tradition is like, imagine 25 people, two-thirds of whom are children, stuffed into four connecting rooms within a relatively small house, with four different tables in three different rooms to hold everyone, and it's about 85 degrees and some kid somewhere is screaming every second for four solid hours and you can't decide if you want to die because you ate so much or because your life sucks. 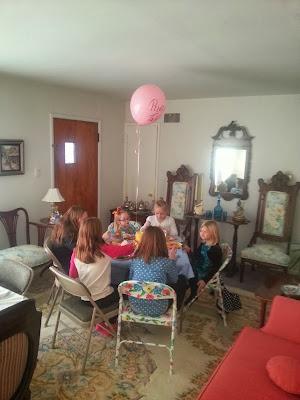 If my Facebook and Twitter feeds are anything to go by, "Frozen" is the movie to see this Thanksgiving.  We saw it too yesterday in a sold out theater where we had to sit down on the floor level and crane our necks up for the whole movie.  Like any Disney movie, it was cute and had a nice message and I was glad when it was over.

After the movie we had Penn Station (that's only the second time I've allowed myself to have Penn Station since the Great Cardiac Apoplexy of March '13), and it was so enjoyable I napped for three hours afterward.  Last night we had a hot tub party with my wife's sister and her family.  There's nothing quite as invigorating as getting into a scalding hot spa when it's below freezing outside.  A 7-Up and Woodford Reserve helps too.

We've had our Christmas stuff up since the middle of November.  This is the earliest we've ever put it up.  We've always been a strict "after Thanksgiving" family, but I had a 4-day weekend earlier this month (yes, I've had two of those this month) so it was a good time to do it, and frankly I'm glad it's done because now I don't have to do it today. 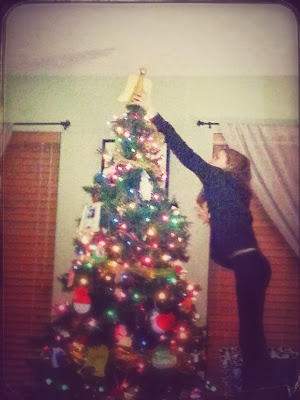 As you can see from that picture, I've been using Google's picture editor a lot lately as well.  It's kind of fun to poke around with.  I posted some "vintage" photos on Facebook a few weeks ago. These are photos I took, but I doctored them to make them look 19th century.  Here's one: 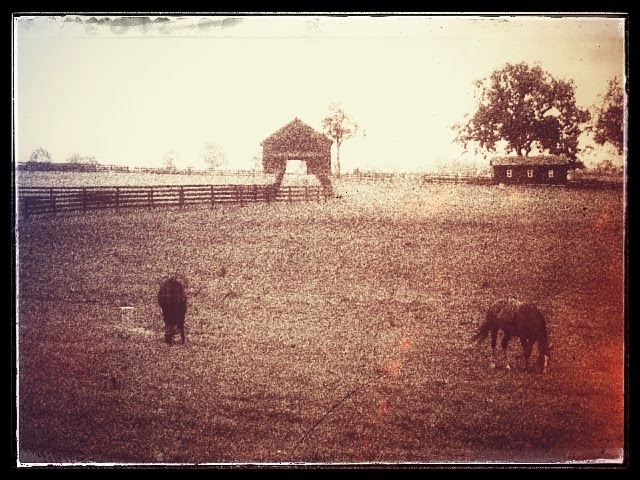 A Musing By Scott at 10:35 AM No comments: Links to this post

I've recently put the finishing touches on my 8th song.  It's called Time Traveler/Lullaby, and it's definitely my most ambitious creation to date.  I spent quite a bit more time putting this one together than any of the previous ones.  It's nearly 8 minutes long.

As the name implies, it's sort of two songs in one.  This song started its life as a classical guitar solo I wrote for my daughters as a lullaby six or seven years ago.  I hadn't played the song in years until I started re-learning it recently, and I decided the chord progression would make for a good hard rock song.  So I turned it into that and added lyrics.  However, I have retained the spirit of the original by throwing in a classical guitar reprise at the end of the song.

As with several of my previous songs, I have used a MIDI controller to record the drums and bass on this one.

The lyrics reflect a bit of my own journey in learning how to cope with depression and anxiety.

This is a link to the song on my Tumblr page: Time Traveler/Lullaby  Just click where it says "Listen."

These are the lyrics:

CHORUS:
You can’t
Change what’s passed
Only what’s to come
Repaint your heart
Smooth the ragged parts
And find your redemption

CHORUS
A Musing By Scott at 11:44 PM No comments: Links to this post

Many of you know that one of my favorite religious scholars is a retired Episcopalian bishop named John Shelby Spong.  He is one of the leading voices in progressive Christianity and his books have really gone a long way toward shaping my own religious views and beliefs.  Even though he's in his mid-80's now, he's still publishing new books (his most recent, which I haven't read yet, is on the Gospel of John), and he does a weekly Q&A via email newsletter, which I subscribe to.

I thought this week's edition was worth re-posting.

(Spong has written two books with this phrase in the title: "Jesus for the Non-Religious," and "Re-Claiming the Bible for a Non-Religious World.")


Answer:
It is not that easy. Lots of people who do go to church are "non-religious." Lots of people who say they don't believe in God are profoundly spiritual and searching people.
What I seek to describe with the phrase "the non-religious" are those for whom the traditional religious images have lost their meaning. There is no God above the sky, keeping record books, ready to answer your prayers and come to your aid. There is no tribal deity lurking over your nation or any other nation as a protective presence. There is no God who will free the Jews from Egyptian slavery; put an end to the Inquisition or stop the Holocaust. If these goals are to be accomplished, human beings with expanded consciousness will have to be the ones to accomplish them. This means that the category we call “religious” is too narrow and limited to work for us in the 21st century.

The question I seek to answer is that when we move beyond the religious symbols of the past, as I believe our whole culture has already done, do we move beyond the meaning those outdated symbols once captured for us, or is the meaning still there looking for a way to be newly understood and newly symbolized? The word “God” is a human symbol. I believe though that the word God stands for a reality that the word itself cannot fully embrace and that no human being can define. To worship God in our generation means not that we must move beyond God, but it does mean that we will have to move beyond all previous human definitions of God. So to be “non-religious” is just a way of saying that the religious symbols of the past have lost their meaning. That does not mean the search for God is over; it means the quest for new and different symbols has been engaged.
A Musing By Scott at 10:36 AM No comments: Links to this post