Tragedy in the Sierra Nevada 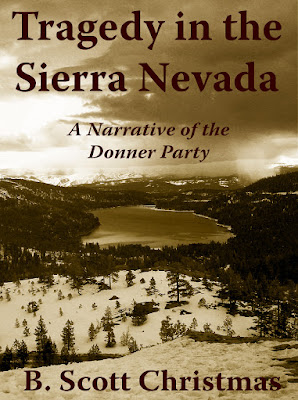 The lurid story of the Donner Party - that unfortunate group of 19th century American pioneers stranded in the mountains and forced to cannibalize one another - has fascinated and horrified readers and television viewers for more than a century.

Now, with the clear prose and attention to detail that marks all of his work, author B. Scott Christmas brings a captivating narrative of this seminal American tragedy to a whole new generation, from the pioneers' Illinois departure in 1846, to their rescue in the California mountains in 1847.

Concise and highly accessible, Christmas's narrative is chock full of primary sources, from quotes, letters, and diary entries by survivors, to accounts from rescuers and journalists of the time.

With a seamless combination of historical integrity and narrative readability, this brief volume will fascinate enthusiasts of American history, while serving as a valuable resource for teachers, students, and researchers.

This brief historical narrative began as a simple essay here on my blog.  At least that's what I intended.  But as I got into the story, I realized that there was such a wealth of information out there, and so many interesting adventures, personalities, and anecdotes from the tale, that it demanded a somewhat lengthier platform.  As such, it became this short volume, narrating the entire story of the Donner Party, from departure to bitter end.

I discuss all the various personalities involved with the group, tracing their slow progression from proud pioneers on the California Trail, to broken, starving wretches forced to eat the flesh of their dead comrades.

While cannibalism is perhaps the most shocking and infamous aspect of this account, I trust that you will be as surprised as I am by the humanity found in this story.  These were real people - real Americans - faced with horrific life and death decisions, and for the most part they faced those decisions with grace, dignity, and humanity.  I think you will find the story to be as touching as it is disturbing.

Buy the book here. I've listed it for only $1.99. If you do not own a Kindle reader from Amazon, you can download a free Kindle App for your computer or any media device here.