"Transphobic" and Other Ridiculous Nonsense 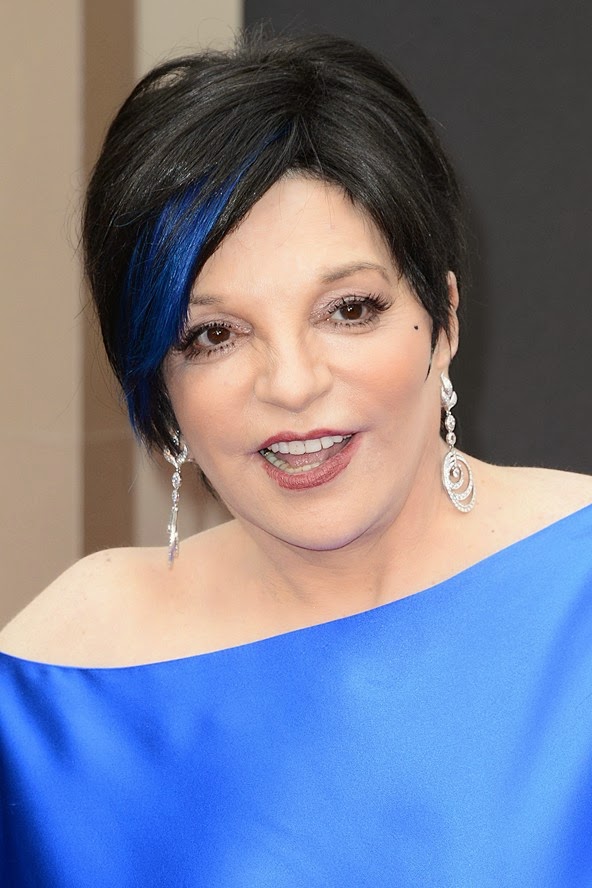 Okay, so if you haven't heard the hubbub, here's what happened: at the Academy Awards the other night, Ellen DeGeneres, who was hosting, pointed out Liza Minelli in the audience and said: "Hello to the best Liza Minelli impersonator I've ever seen."  After everyone laughed, she added: "Good job, sir."

A lot of people - mostly those who don't realize the two women are friends - felt like the joke was mean and have been criticizing Ellen over it.  For instance, Sarah Thyre, who is an actress and writer (and also married to Conan's sidekick Andy Richter) tweeted:


Another person said this:


As a result of this backlash, some people have even gone so far as to accuse Ellen of being "transphobic."  Or, at the very least, stating that her joke was transphobic.

Transphobic?  Pardon my French, but are you fucking kidding me?

[rant on]
Okay, first of all, Ellen is openly and proudly gay and has been one of the biggest supporters of the LBGTQLMNOP (or whatever it's called) community for her entire career.  In fact, Ellen's prominent support of this community is one of the reasons why it is so widely accepted in modern society.  Ellen is a goddamned pioneer in this field, for crying out loud.  To suggest she is "transphobic," or that her joke was motivated by "transphobia," is ABSURD.  She and Liza Minelli are friends, it was a harmless joke, and, most importantly, the joke was referring not to transgendered people, but to the fact that drag queens (who, by the way, are not trannies, by the very definition of the word) frequently impersonate Liza Minelli!

Secondly, what the fuck is transphobia?!  There is no such thing as transphobia.  Just because you can cleverly take a Latin prefix and Greek suffix and add them together doesn't mean it's a real thing.  Transgendered people represent a tiny little fraction of the overall population.  They don't get their own phobia, mkay?  I started losing my hair when I was in college and have suffered bald jokes my entire adulthood.  Do I go around calling people "alopeciaphobic"?  Of course not, because that would be fucking stupid.

I realize that transgendered people are frequently criticized and made the butt of jokes, and sometimes even persecuted and mistreated, but then again, so are a lot of people, and we don't go around inventing unique words for all of them in an effort to create a category that doesn't really exist.

If someone mistreats a tranny, or makes cruel jokes at the expense of a tranny, they're not transphobic, they're just an asshole.  And in any case, Ellen's joke doesn't fit either scenario!
[rant off]

Most of you know I'm an avowed liberal in practically every sense of the word.  I'm normally the one defending accusations like "racist" or "homophobic" when conservatives suggest those words are overused or inapplicable.  I think both those words represent legitimate categories.

But the word "transphobia," and especially the accusation that Ellen's joke was "transphobic," is just stupid.  In modern society, people seem to think they have a right to not be offended.  Sorry, but you don't have that right.

Just because something offends you doesn't mean you get to invent your own little category and bandy it about like a whip.
A Musing By Scott at 10:40 AM

Scott, you've made an error of false equivalence. My reply exceeds the character limit, so I'll break it into two chunks.

You make two points in your blog post: One does not have the "right to not be offended," and secondly, one does not have the right to coin new words to pathologize the behaviour of others that one finds offensive. These two assertions can be made, primarily in trivial matters, but they are not necessarily true in all cases and are not robust enough to be axiomatic.

I know that if you re-examine some of your premises, you'll find that "taking offense" is not the issue. Rather, it is the real-world consequences of the "offending" position that is the meat of the matter.

Let's get the innocuous joke out of the way. Ellen DeGeneres is a bit more savvy than the critics whose reactions you quoted. For one thing, she used the male title "sir" when referring to the purported Lisa Minelli impersonator. This is appropriate, as a female impersonator is a transvestite -- typically a gay man who cross dresses. One who donned the guise of Lisa Minelli would likely also be a cabaret-style entertainer. A transsexual, on the other hand, is a person who identifies as the sex opposite from that they were assigned at birth. If DeGeneres had been referring to a transgendered person, she would have called them "ma'am." But then the joke would have made no sense.

Transphobia refers to the motivations behind discrimination against the transgendered. Anti-transvestite positions can be lumped into generic homophobia. If you want a term more specific to gay cross-dressers, "anti-Queer" comes closest. Truth be told, anti-Queer attitudes do exist in the gay community. It is possible to be anti-Queer while being gay oneself. DeGeneres is not anti-Queer. Indeed, her joke emphasizes this. The quoted reactions are bizarrely misplaced.

Now, on to the matter of neologistic "nonsense." What follows is premised on my reading that, like many others, you conflated anti-transvestite attitudes with systemic discrimination of transsexuals.

As for new species of phobia that may or not need naming, I could coin a term to denote anti-black racism -- atraphobia. But this word doesn't exist. I think its absence is explainable in that historically speaking such a term would have been redundant, as so much of racism in the West has been anti-black in nature. The US Constitution singled out one group to be counted as 3/5ths of a person, for example. Jim Crow made no provision for separate facilities for persons of Chinese extraction. It just didn't come up. So 'racism' works just fine when we discuss historic and current discrimination of blacks, Japanese and others.

Likewise, sexism is a good generic term to denote discrimination against persons based on sex, but we also have 'misogyny' to describe the more florid and pernicious forms of anti-woman sentiment. The often precarious position of Jews through history certainly merits its own term, as does the systemic persecution of gays. Not every manifestation of discrimination or persecution of an identifiable category of person is going to generate its own term, of course. As with atraphobia, we do not have 'Hiberniphobia' or 'Celtiphobia' to denote discrimination against the Irish, despite how real that was historically. Anti-Catholic or Anti-Mexican sentiments are called simply that, without recourse to Latinate neologisms.

The question is whether the ongoing approbation and even violence directed at the trans-gendered merit its own word in our time. Are there practices and laws that need addressing? Basic things, such as what sex appears on a trans person's birth certificate, divers license and passport are not provided for in many jurisdictions. This has implications for everything from qualifying for a sex-specific scholarship to being able to get married. What public washroom should a trans person be allowed to use? If incarcerated, what prisoner population should a trans person be placed in? Is whether the trans person pre-operative or post-operative defining in classifying them as male or female?

All of these are vitally important matters. More pointedly, institutional and cultural resistance to remedying these matters is a real phenomenon. Trans people are being thrown into holding cells by police to be left to the tender mercies of their cell mates. Most legislatures are not busily revising the germane statutes, and a few jurisdictions are actively codifying discrimination against the transgendered.

Transphobia is the umbrella term used to describe the motivations behind the neglect and outright rejection of transgender rights. You may not like the word. You might argue against the need for the word. But you do not have the right of approval pertaining to its use.

None of us should casually swat aside the struggles or life experiences of others.

Thanks for the thoughtful insights, Will. Obviously my post was written off the cuff, spur of the moment, and without a whole lot of forethought.

I definitely see your point about the difference between anti-trans behavior, and actual systemic issues that the trans community faces. That latter issue is a more important issue, I think.

I understand your argument to be that the systemic issues are what quantify "transphobia," while personal distaste or dislike of transgendered people can be lumped into "homophobia."

That definitely makes more sense to me.

In any case, I still think it was ridiculous for people to even bring this issue up in light of Ellen's remarks, which had nothing to do with transgenderism.

I also want to point out that I realize that there is a big difference between someone joking about, say, my baldness, and someone treating a trans person cruelly. That was a false dichotomy and I knew it at the time, but said it anyway for emphasis.

Well, here's the way I see it. Now I'm not trans myself, but I do have friends who are.

IF Liza had been a female impersonator.... not... well, herself. That is a cross dresser/female impersonator which CAN be but in not necessarily an indicator of that person being trans... some males just like dressing up as (usually famous, but not always) women... but they still identify as male.

So it's not transphobic, imo. Folks who dress up trying to impersonate celebrities can be male or female, trying to appear to be a male or female celeb, might be gay or straight. It was only poking fun at people who dress up as Liza.... not any 'grouping' other than that group.

So sorry, need to locate a new punching bag dear.