Notes from the Cave: Thanksgiving Edition

Melanie: "Do you know what you need to get to fix the toilet?"

It really is called a ballcock! 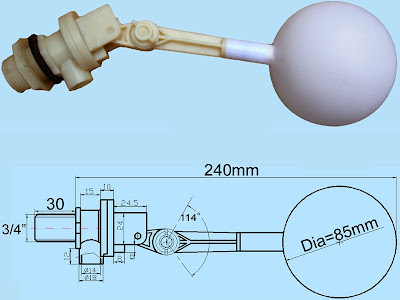 I've discovered this week that Thanksgiving is a somewhat contentious holiday in some circles. I never knew this. Apparently there are some folks out there who feel that Thanksgiving is a self-aggrandizing American holiday that fails to recognize the horrific atrocities committed by American forebears who stole this land from Native Americans. Consider this quote that I took from Wikipedia, from Robert Jensen, a professor of journalism at UT-Austin: One indication of moral progress in the United States would be the replacement of Thanksgiving Day and its self-indulgent family feasting with a National Day of Atonement accompanied by a self-reflective collective fasting.

I'm sure most of you probably regard that sentiment about the same way that I do - gimme a break.

However, another quote, this time by professor Dan Brook at UC-Berkeley, is perhaps a bit more realistic: We do not have to feel guilty, but we do need to feel something.

It's an absolute fact of history that the earliest pioneers in the New World, and later in the United States, committed unthinkable atrocities against the native populations. Estimates for the native population of the Americas prior to Columbus are difficult to establish, but most experts believe it was somewhere in the range of 75 million people. That population steadily declined through the intervening centuries. Today, there are about 2 million people in the United States who are legally considered "Native American." Many more, of course, live in Central and South America, but there is no question that the modern population of these native group is only a fraction of what it was 500 years ago.

Now, of the millions of Native Americans who died as a direct result of the "coming of the white man," the vast majority of those died from European diseases which they had no immunity to. Smallpox, for instance, was a big one. However, even if you eliminate those deaths caused inadvertently by disease, there were still millions, from 1500 to 1900, who were actually murdered, exploited, put into slavery, and starved to death.

In short, the settling of North and South America, primarily by European settlers, was one of the worst human atrocities ever committed in known human history. Now, as modern Americans, we can hardly be held personally responsible for the actions of our long-ago ancestors - just as modern Germans aren't exactly to blame for the Holocaust. Be that as it may, I like what Dr. Brook of UC-Berkeley had to say above: we don't have to feel guilty, as if we are personally to blame, but we can at least recognize, and be sensitive to, the fact that we are here today because our ancestors murdered and exploited millions of people.

Now, the strange thing about all this is that I am not entirely sure what any of this has to do with Thanksgiving. Obviously, Thanksgiving is a holiday we traditionally tie to the coming of the Pilgrims in Plymouth, Massachusetts, but by and large, we celebrate it today as a holiday of being thankful for things we have in our lives. From a practical standpoint, it really doesn't have anything to do with the European genocide against ancient native populations. Which is why I find cynicism about the holiday to be largely misplaced. A better National Day of Atonement might be Columbus Day.

Well, enough of that. My parents are here for Thanksgiving, for the first time ever. They live in Houston, and we typically do not see them at Thanksgiving. But this year they decided to come up now instead of at Christmas. So we are having early Christmas/Thanksgiving this week. This is the first time we have ever had Thanksgiving at our house. Normally my family and I go to my in-laws' house across town.

We got a turkey from Kroger - pre-cooked :)

I've been off work for the last two days, which has been nice, but I have to work tomorrow and all weekend. Frankly, I'd rather be working on Black Friday than shopping, so no big whoop.

I read an article earlier this week about how Michelle Obama and Jill Biden appeared at a NASCAR race this weekend. Apparently, a segment of the crowd booed them when they were introduced. Real classy, NASCAR fans. Then again, no one ever claimed NASCAR fans were classy. Assy, maybe, but not classy.

Happy Thanksgiving to all my friends and family, and to my readers, and remember to click the Amazon ads on my main page for any and all Amazon.com purchases you may make between now and the end of time.

Email ThisBlogThis!Share to TwitterShare to FacebookShare to Pinterest
Labels: History, Notes from the Cave