ONWARD TO THE SIERRA NEVADA

George and Jacob Donner and their families had been several days ahead of the main caravan when the incident between Reed and Snyder occurred. When Reed caught up with them, they offered to let one of their drivers, Walter Herron, go with him to Sutter’s Fort.

The caravan continued westward, and yet another member of the party succumbed to the rigors of the journey. A certain Mr. Hardcoop, a Belgian who owned a farm near Cincinnati, Ohio, and who was apparently a teamster for the Keseberg family, was unable to keep up with the wagon train, walking on foot as many of them were by this time. Around October 8th, he was left behind to rest while the caravan moved forward. According to William Eddy in the account written by Quinn Thornton, they left him “sitting under a large bush of sage…exhausted and completely worn out…his feet had swollen until they burst.” That night, fires were lit to guide him to where the wagons had made camp. Hardcoop never came and no one was willing to return for him. He was never heard from again.

The fatigue of the journey and attacks by tribes of Indians continued to take a toll on the caravan. Oxen and pack animals died of exhaustion or were stolen or shot by Indians in the night, and wagons had to be abandoned every few days for lack of teams to pull them. The families continually combined their belongings into the ever dwindling wagons and most spent the majority of the time walking rather than riding.

Emotions and tempers continued to run high. Patrick Breen, one of the few pioneers who still had a horse, had refused several days earlier to go back for Mr. Hardcoop. 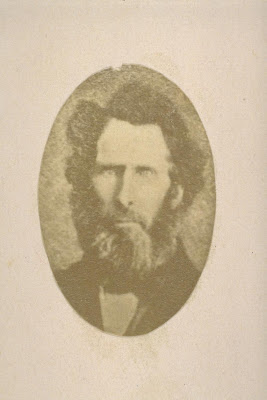 William Eddy, who had encouraged Breen and others to return for Hardcoop, was still fuming over the incident. A week or so later, Breen’s horse got stuck in a mud pit and he appealed to Eddy to help him free it. According to Eddy, he “referred [Breen] to poor Hardcoop and refused.” The horse died. 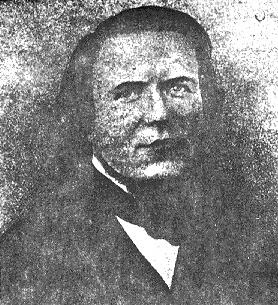 On October 15th, an Indian raiding party killed more than twenty head of cattle from the caravan. Among those who lost all their cattle in this raid was a German man by the name of Wolfinger, who was traveling with his wife. Hardly anything is known about this couple other than their German heritage. They appear to have been traveling with the Keseberg family, who were also German. In any case, Wolfinger decided to stay behind to cache his wagon since he no longer had cattle to pull it. The company, however, had no interest in waiting for him and continued on. Two other men of the group, Augustus Spitzer and Joseph Reinhardt, stayed behind to help Wolfinger finish the job. Not much is known of these two men either, although their names give away their obvious German heritage. Reinhardt appears to have been an associate of Wolfinger’s; Spitzer – though German like the other two – was apparently a hired hand for the Donners.

Like so many other events up to this point, it is unclear exactly what took place, and the later accounts vary, but several days after staying behind to help Wolfinger cache his wagon, Spitzer and Reinhardt rejoined the caravan without Wolfinger. They told the other emigrants that their little party had been attacked by Indians and Wolfinger, who was apparently quite wealthy, had been killed. Some members of the caravan were apparently suspicious of this story – least of all Wolfinger’s wife – but there was no time to investigate and the company continued on. The truth would not come to light until several months later.

Continuing westward, the party began breaking up into smaller and smaller groups. According to John Breen:

After leaving…the Humboldt [River], the company, as if by mutual consent, dissolved or gradually separated; some wanted to stop and rest their cattle; others…were in favor of pushing ahead as fast as possible, as provisions were getting short. 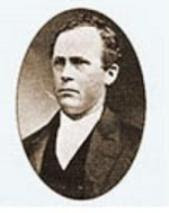 John Breen, son of Patrick. John was about fourteen years old in 1846.

On October 22nd, unbeknownst to the Donner Party, James Reed and his traveling companion Walter Herron met up with Charles Stanton in eastern California, having finally made their way across the Sierra Nevada mountain range. Stanton had visited Sutter’s Fort and was returning to the caravan with seven mules loaded with supplies and provisions of flour and meat. Sutter had also sent two Indian guides along with him, vaqueros named Luis and Salvadore. Stanton’s original traveling partner, William McCutchen, had stayed back in Sutter’s Fort due to illness. Reed vowed to continue on to the fort for more provisions, while Stanton and his vaqueros continued eastward back toward the Donner Party.

Walter Herron, the hired hand of the Donners who had traveled with Reed after his banishment, stayed on with another nearby wagon train due to fatigue from the difficult journey he’d had with Reed. He thus passed out of the story of the Donner Party, a convenient fact which he no doubt treasured in later life.

Meanwhile, the Donner Party had finally reached Truckee Meadows – modern day Reno, Nevada. Sitting at the foot of the Sierra Nevada, Truckee Meadows offered a good regrouping spot for the arduous mountain journey that marked the end of the California Trail. 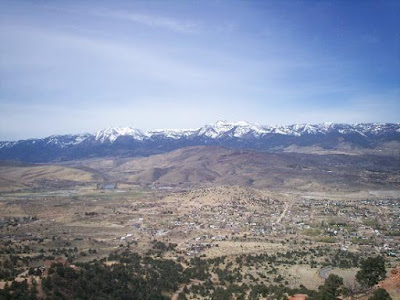 The Sierra Nevada mountains, with Truckee Meadows (now Reno) situated in the valley.

Apparently feeling confident that their trek was almost over, and not overly concerned about the possibility of an early snow in the mountains, the caravan encamped in Truckee Meadows for the final two weeks of October, resting their remaining cattle and their understandably wearied bodies.

Around October 25th, another member of the caravan met an untimely end. The Murphy family was the largest single family traveling with the Donner Party. The widowed mother, Levinah Murphy, brought along seven children, two of whom were married with children of their own. 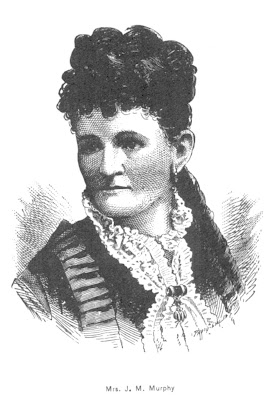 These two Murphy daughters were married to men named William Pike and William Foster. The two Williams had apparently decided to head to Sutter’s Fort to gather provisions. At this point, no one knew what had become of Stanton and McCutchen or Reed and Herron, and the party was no doubt anxious about having enough provisions to get them through the mountain passes of the Sierra Nevada.

While Foster and Pike were cleaning their guns in preparation for setting out on their journey, one of the pistols misfired, shooting Pike through the back and killing him.

This picture was taken in later life. In 1846, Foster was 31.
Mary Murphy, their mutual sister-in-law, would later write: “He died in about one half hour, and in that time he suffered more than the tongue can tell.” 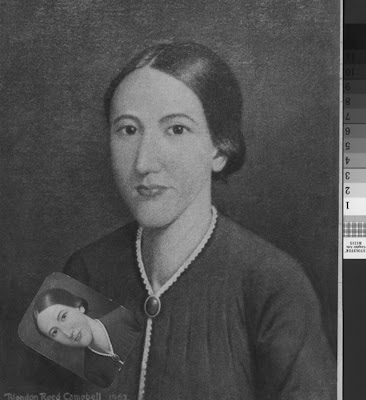 A portrait of Mary Murphy. She was fifteen in 1846.

Foster, apparently not wanting to travel alone and no doubt grieved at his brother-in-law’s death, remained in camp.

The Donner Party had now lost five of its members since its inception in Wyoming in late July. Most of the pioneers must have expected that the worst was over and that they would soon be settling in to new homes and towns in California.

Their expectations, of course, couldn’t have been farther from the truth.
Read Part IV
A Musing By Scott at 10:52 PM

I love how every fricking place they went is now Donner This and Donner That. Donner Lake and Donner Pass and Donner Funny Looking Stick in a Rock.

Still, I'm loving this. More American history posts, please! Unless you want to throw me a Jack the Ripper bone. :)

You ought to be the one writing the Jack the Ripper series. Or Lizzie Borden.

Well, you do have a point there, but I am lazy and you are not.

You clearly enjoy essay writing, and I do not. :)

Now if you want me to write a fiction novel about Lizzie and her lesbian lover, I'm your girl. Except someone's already written that book, so.....