On February 18th, 1847, the first relief party, comprised of seven men on snowshoes, reached the camp at Truckee Lake. 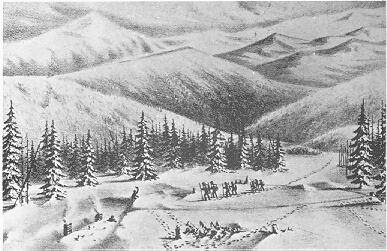 A lithograph of the arrival of the first relief party; the cabins were completely buried in the snow

Patrick Breen’s account is stoic as always: “[Seven] men arrived from California yesterday evening with some provisions…[they are] gone today to [the Donner family] camp.”

Daniel Rhoads, one of the members of the relief party, wrote this account many years later:

At sunset…we crossed Truckee Lake on the ice and came to the spot where we had been told we should find the emigrants. We looked all around but no living thing except ourselves was in sight and we thought that all must have perished…Then we saw a woman emerge from a hole in the snow. As we approached her several others made their appearance in like manner coming out of the snow. They were gaunt with famine and I never can forget the horrible, ghastly sight they presented.

[The relief party] reached our cabins, where all were starving. They shouted to attract attention. Mr. Breen clambered up the icy steps from our cabin and soon we heard the blessed words, “Relief, thank God, relief!” There was joy at [Truckee] Lake that night…But with the joy, sorrow was strangely blended…strong men sat down and wept. For the dead were lying about on the snow, some were even unburied, since the living had not had strength to bury their dead.

Both of these accounts, written years later, probably present an overly sentimental impression. Patrick Breen’s diary entry, written the morning after it happened, conveys numbness more than anything else. Still, there can be no doubt that the Donner Party must have regarded these men of the first relief party, arriving so many days and weeks after they were hoped for and expected, as little more than heavenly messengers.

Despite the arrival of the relief party, death continued to stalk the camp. Infant Catherine Pike, whose father had been killed several months earlier in the aforementioned gun cleaning accident, and whose mother had gone with the Forlorn Hope, had been left in the care of her grandmother. On February 22nd, Patrick Breen recorded in his diary that she had died two days earlier, and he buried her.

In addition, the relief party had left the majority of its provisions cached in the mountains above Truckee Lake. Intending to bring a party of refugees out of the camp, they needed these provisions for the return trip. So the amount of food that was actually left for those remaining in camp was insignificant indeed.

On the same day that Patrick Breen buried the young Catherine Pike, the refugee party, consisting of twenty-four of the healthiest Donner Party members (those believed best suited to survive the overland trip) headed out from Truckee Lake. Two of these refugees, Patty and Tommy Reed – both children – weren’t up to the task and had to be taken back to the Breen cabin to await the next relief. 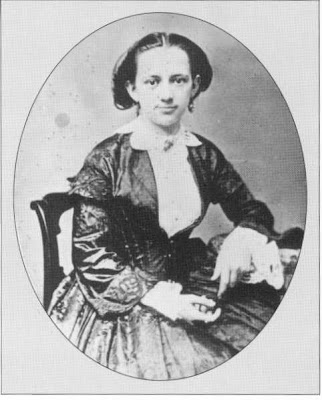 Members of this first rescued party recounted the “survivor’s guilt” of leaving so many others behind. From Virginia Reed, writing to her friend Mary a few months later:

Oh Mary, that was the hardest thing yet, to [go] and leave them there. [We] did not know but what they would starve to death…The men said they could hardly stand it – it made them all cry.

“AFTER MANY ROVING YEARS”

Among the group that left with the first relief party was an Englishman from Sheffield named John Denton. A gunsmith by trade, Denton had met the Donner family in Springfield, Illinois, and had joined them as a teamster for the journey west. A world traveler, adventurer, and apparent Renaissance man, Denton was knowledgeable on a variety of subjects from literature to botany to animal husbandry to metal and stone working. As we saw earlier, when James Reed’s mother-in-law died early in the voyage, it was Denton who kindly carved her gravestone in northeastern Kansas. 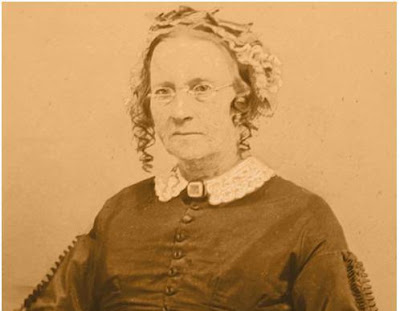 The time at Truckee Lake, however, had weakened him, and three days into the voyage over the mountains with the refugees from the Donner Party, he became overwhelmed with exhaustion and snow blindness, and was unable to go any further. Snow blindness is essentially a sunburn of the eyes, caused by sunlight reflected from snow. It can cause temporary and even permanent loss of vision, but in the accounts of John Denton’s collapse, it was probably more of a euphemism for utter exhaustion than anything else.

According to rescuer Daniel Rhoads: “On the third day an emigrant named John Denton, exhausted by starvation and totally snow blind, gave out…We made a platform of saplings, built a fire on it, cut some boughs for him to sit upon, and left him.”

As with others who had been left behind on previous mountain expeditions, there was hope that he might catch up, or might survive until the relief party of James Reed came through, but it proved another forlorn hope. Denton was found later in the place where they had left him, sitting upright with his head bowed down to his chest.

In his pocket several pages of a journal were found inscribed with a poem. It has been suggested that this poem must have been written shortly before he died, and while it is certainly a nice thought, it is not entirely clear whether he wrote the poem there on his death bed, or perhaps many weeks earlier. In any case, it clearly represents his dream of returning to his native England after a lifetime of wandering, and his realization that it will never happen:

Oh! after many roving years,
How sweet it is to come
To the dwelling-place of early youth –
Our first and dearest home.

To turn away our wearied eyes,
From proud ambition’s towers,
And wander in those summer fields,
The scene of boyhood’s hours.

But I am changed since last I gazed
on yonder tranquil scene,
And sat beneath the old witch-elm
That shades the village green;

And watched my boat upon the brook –
As it were a regal galley,
And sighed not for a joy on earth
Beyond the happy valley.

I wish I could recall once more
That bright and blissful joy,
And summon to my weary heart
The feelings of a boy.

But I look on scenes of past delight
Without my wanted pleasures,
As a miser on the bed of death
Looks coldly on his treasures.
Read Part IX
A Musing By Scott at 11:16 PM

First, let me thank you for this excellent site. I have enjoyed your writing about this infamous story very much!

Second, while you could be correct in assuming that they wrote "snow blindness" as shorthand for exhaustion, I disagree. I think I would be joined in that by any others who have, themselves, suffered even a single bout of "snow blindness".

It's distinctly different from exhaustion. If the phrase is shorthand at all, it would be shorthand for itself. There is no better description of it.

Certainly, the travelers knew what blindness was, in general, and likely knew at least one person "back home" who was blind - from birth, accident, or illness.

The snow part is easy. The sun is so bright that it's rather like having someone use a mirror to reflect sunlight directly into your eyes for hours on end. In the case of these unfortunates, they had little choice but to continue looking at it to find their way.

The blindness develops quickly. For me, onset occurred within 8 hours, and there was no mistaking the connection. I could literally see nothing.

My eyes were open in the sun and during the blindness, and were not particularly painful, if at all. It was just that everything was completely black. I could see nothing, not even out of any corner of my vision when I looked around.

If nothing else, I think there's a very good chance that stories about the phenomena were passed to travelers, along with many other types of information and tips for the journey ahead.

My vision returned slowly, in patches at first that became gray followed by blurry colors, and had restored itself completely within about two days. That was without further exposure to more bright sun on snow. Goodness knows what further damage that would do and its recovery time.

Another contributing factor to snow blindness may be elevation. The higher one goes, the thinner the atmosphere. The sunlight "stronger," or more intense, whichalso causes one's skin to tan.

When it happened to me, I was in the Rockies. There was NO mistaking what it was and the phrase was a perfect fit. It was such complete blindness that I found it terrifying, believing I'd be someone who became permanently blinded the first time.
Unlike the Donner-Reed Party, I immediately bought, and forever after religiously wore, appropriate goggles. I never experienced it again.

Pre-goggles, the scenery was gorgeous and there had been no pain as the damage was occurring. I was lulled int a false sense of "security".

I wouldn't wish the experience on anyone, and strongly believe the name is 100% right on the money!

Thanks for the first hand information. Very informative!