On December 16th, 1846, yet another group set out from the encampment in an effort to make it through the mountains. This time, they went prepared. Charles Stanton and Franklin Graves had spent the previous two weeks making snowshoes. Graves, originally from the Green Mountains of Vermont, was perhaps the only member of the Donner Party familiar with winter survival in the mountains, and he knew how to make snowshoes. Using oxbows from their now useless yokes, Graves and Stanton had made enough snowshoes for a party of fifteen people to attempt crossing the mountains.

In later years, this party would come to be known as the Forlorn Hope, a euphemism usually applied to bands of soldiers chosen to lead an attack on a defended position where casualties are expected to be high.

The Forlorn Hope party consisted of the following people: 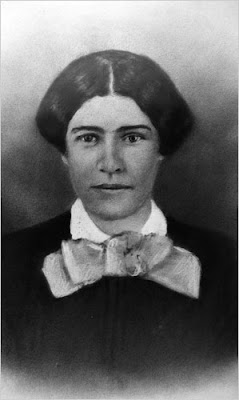 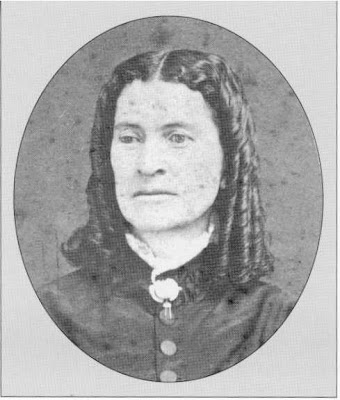 From the Murphy family: Sarah Murphy Foster and her husband William Foster; sister Harriet Murphy Pike, whose husband had been killed in the gun cleaning accident a month and a half earlier; brothers Lemuel and William Murphy, ages twelve and ten respectively.

These nine were joined by Amanda McCutchen, whose husband was with James Reed at Sutter’s Fort; William Eddy; Patrick Dolan, a family friend and traveler with the Breen family; Charles Stanton, who had already been to Sutter’s Fort and back; and Stanton’s Indian guides Luis and Salvadore, who were no doubt eager to return to their jobs with Captain Sutter.

Although only fifteen snowshoes were available, two other also joined the group. These were two teamsters named Charley Burger and Antonio. Practically nothing is known of Antonio – he was apparently a Mexican who had been hired by one of the families in Wyoming. Burger was among the German contingent, probably a teamster for the Donner or Keseberg families.

Patrick Breen records their departure on December 16th in his usual, terse style: “Company started on snow shoes to cross the mountains.”

William Murphy, being only ten years old, was chosen to make the trip without snowshoes. 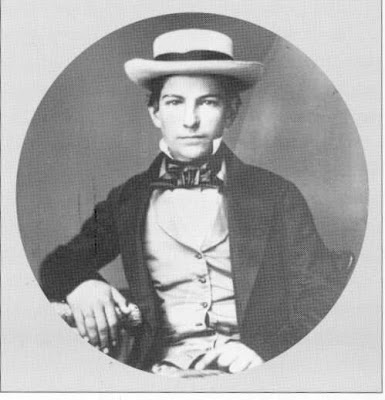 According to his own account many years later, the party figured he was so young and lightweight that he wouldn’t sink into the snow. This proved wrong, and Murphy ended up returning to camp with Charley Burger, who also was attempting to make the trip without snowshoes.

The Forlorn Hope party left with enough provisions to last a week. This was all the camp could spare. In addition to making Sutter’s Fort and returning with more rations, the emigrants hoped that by relieving the camp of fifteen mouths to feed, their dwindling provisions might last longer.

On the first night, the Forlorn Hope made about four miles, camping at the western end of Truckee Lake. The next day, they crossed the mountain pass. Mary Graves would later describe it: “We had a very slavish day’s travel, climbing to the divide…I had a chance to observe the company ahead, trudging along with packs on their backs. It reminded me of some Norwegian fur company among the icebergs.”

The following day, December 18th, Charles Stanton began to give out, but the party moved on without him, knowing that the only chance of survival was to keep forging ahead. Stanton managed to stumble into camp several hours later. The party was traveling about five miles each day, and Stanton continued to fall behind, catching up only after the others had already camped for the night.

On the evening of December 21st, he never showed up in camp. They had left him that morning sitting at the previous night’s camp. The next day they camped early, then stayed there for two days, but Stanton was never seen again. His body was found several months later by rescue teams. His dream of a new life in California, articulated so beautifully in letters he sent on the wagon train, died there with him in the Sierra Nevada mountains.

Around the same time that Stanton disappeared in the mountains, bad news reached the families at Truckee Lake.

Milt Elliot and Noah James, both teamsters for the Donner Party, had been sent to Alder Creek back on December 9th by Charles Stanton. They took with them a letter Stanton had written to George Donner asking for a compass and tobacco to take with him on the snowshoe journey. They had never returned and the Forlorn Hope had gone ahead and left without the compass from Donner.

The emigrants at Truckee Lake had feared Elliot and James had perished attempting to get to the Donner families, but they returned on December 21st, about two weeks after they’d been sent. They brought with them news that four people had died at the Alder Creek camp – Jacob Donner and three teamsters: Samuel Shoemaker, Joseph Reinhardt, and James Smith.

Reinhardt was one of the Germans who, back in October, had stayed behind to help Mr. Wolfinger cache his wagon in central Nevada. Reinhardt had returned saying that Wolfinger was killed by Indians. On his deathbed, Reinhardt finally confessed, admitting that he had killed Wolfinger himself, no doubt because Wolfinger was reputed to be wealthy.

Evidence of the Donner Party’s increasing desperation becomes apparent in Patrick Breen’s diary at the end of December. His writing becomes more religious, and he includes prayers and exhortations to God. From December 23rd: “May Almighty God grant the request of an unworthy sinner that I am. Amen.” And again on Christmas Eve: “May God help us to spend Christmas as we ought considering circumstances.”

The party of the Forlorn Hope was faring no better. Deeply troubled by the loss of Stanton, who was essentially their guide, they made slower progress. Then, on the 23rd, they found themselves hopelessly lost in a driving storm of rain and sleet. Mary Graves later said: “We made good progress until the 8th day, when we got lost. It commenced raining and continued until the next day at night – then it commenced snowing and continued three days and nights.” They were unable to build a fire, they had no shelter, and their food had run out. They were unable to hunt because there was no game to be found. They were no longer certain they were on the right path. They were beginning to starve to death.

The rain and sleet proved to be the precursor to yet another monstrous blizzard, felt by both the Forlorn Hope and the remainder of the Donner Party at Truckee Lake and Alder Creek.

The fourteen remaining members of the Forlorn Hope got snowed down in a hastily built camp in the western foothills of the mountains. Using a technique apparently suggested by William Eddy, they sat in a close circle on a blanket, with their legs touching. Then they covered themselves completely with blankets, using their own bodies, in essence, as the structures of a tent. As the snow piled up on top of the human tent, it closed the gaps between the quilts, allowing their body heat and breath to keep them warm. According to William Eddy, they “camped” like this for the better part of two days.

Back at Truckee Lake, Patrick Breen wrote on Christmas day:

Began to snow yesterday about 12 o’clock. Snow all night and snows yet rapidly…Great difficulty in getting wood…Offered our prayers to God this Christmas morning. The prospect is appalling, but hope in God. Amen.

Virginia Reed said of that Christmas day: “Christmas was near, but to [those who were starving] its memory gave no comfort. It came and passed without observance.”

The next day, Breen recorded that this most recent blizzard dropped about two feet of additional snow, making the total snow around the camp roughly nine feet deep.
Read Part VI
A Musing By Scott at 11:02 PM